Has anyone heard if there will be new HGUC kits of Neo Zeon MS?

I'm hoping that with the TV version of Gundam UC some more MS such as the AMX-006 Gaza D or AMX-008 Ga-Zowmn might finally get HGUC kits. Sleeves versions of the AMX-107 Bawoo and/or AMX-011 Zaku III would be great too.
Top

No news for that yet, though since we are still early into the Re:0096 and since a lot of the Neo Zeon/Remnants kits that weren't released mostly feature in episodes 3-7 it might be a wee bit before we get the announcements!
Top

Saw the pic of Gundam Vidar painted and cannot wait to get my hands on it.
SIXSHOT HAS NO GAME AGAINST SEVEN CHANGER
Top

So, another year, another wave of new Gunpla. I'm surprised somewhat that the hype is nonexistent here that an MG GM Sniper II is finally coming out. With that in mind I've now once again started to buy 1/100 kits. Well, I bought one, Grimgerde for $20 bucks thanks to Black Friday. Got an MG Amazing Red for Christmas. So does anyone have any hopes for this year's releases?

-Will we get a RE/100 Xi Gundam this year? Because I'd be all over that

-MG #200 is coming up, probably near the end of this year (The latest, MG Psycho Zaku Thunderbolt, is #193, according to Dalong). Any guesses to what it could be?

Right now, if they wanted a big release, I can see a Zeta 3.0 or Strike Freedom 2.0 being good candidates. I think the current kits are still relatively modern even being 10 years old, but they are showing some grey on the temples, so to speak, especially in SF's case, when you put it next to Freedom 2.0 and the upcoming MG Providence. It's also an iconic unit, same with the Zeta. I'm not sure how popular ZZ is in moonland but it's almost 20 years since that MG was released, so I'd put that as a dark horse. Burning Gundam might also take it; we've had quite a bit of GBF MGs. IMO Barbatos too early to get an MG and I think the 1/100 is too MG-like to begin with. 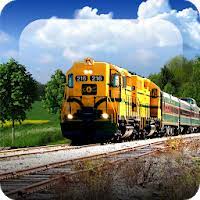 I believe I have a 50/50 shot of getting this in the right section (either anime/manga or models) because it can be considered viable for either category, but honestly let me ask you guys this: how many hits did you think Minato got from Fumina for creating this Gunpla?

I see the hype of Gunpla slowed down a bit. Well at least for me. I retired from gunpla. I'm more into the pre built Tamashii Nations stuff, especially Metal Build. The master craftsmanship puts anyones skills to shame

I am glad they bumped up GM Sniper II to MG from Re/100. I honestly don't know why some that were on that plan were even there to begin with. Re/100 does best for obscure designs that either have a transformation sequence or are really friggen big. So hopefully Leo gets bumped up.

Really hope they announce a 00 project this year since it is the 10th anniversary of Gundam 00. We need those damn MG's! If Wing and SEED can get it, 00 should too.

As for the reveals at Shizuoka, well I know how popular the Unicorn Gundam is but I'm just meh about RG and Mega sized. ZZ Ver Ka. Is where its at but sadly I think Shizuoka's reveals finally became pbland as opposed to years ago. Maybe the Gunpla Expo took over that shock n awe we use to have.
Top

Here's my take: ... It can't be a Zaku II, because bad guy. It has to be iconic but at the same time, not ugly, so that counts Zeong out.

I'm on the opposite side of the spectrum: I would love to have some unique Zaku for the 200 milestone, maybe the MS-11 (maybe even Sanguine Mallet's commander type unit) or a AMX-011. On the other hand, as a an opportunity for something "big" I would certainly support something like a revised Perfect Zeong kit with the wings from the MSN-02R, essentially something like this:

Other potential candidates with great significance could include the MW-01, YMS-03 or MS-04 from The Origin, as cornerstones of the Mobile Suit development.

On a different note, I glad to see the AMX-103 as an upcoming RE 1/100 kit, and hope that more Axis/Neo Zeon units will also get gunplas in the not so far future. The one I would particularly like to see get one is the AMX-008 GaZowmn.
Top

This thread's been quiet for too long. Let's wake it up with a nuke XD

At the Gundam Base Tokyo, all of the following were revealed

Well, I wouldn't really call this a nuke, its more of a powerful stun grenade. All of them sadly have the dreaded "参考出品" (Tentative Release) on their placards, so It remains to be seen whether they are release in 2018, beyond 2018 or even be released at all...
Top

That may be true of most of those... But the Pixie and Efreet Nacht are by the previously revealed Gyan Krieger, so there's a good chance if the others aren't confirmed, those two are guaranteed to likely be P-Bandai. the RG Tallgeese however could easily be the RG to get the August release slot. I will give though... >.< Tentative Release is an easy Red Flag for these not getting released at all...
Top

When are we getting GP03???
Code name Lockon Stratos. The man who can snipe from across the stratosphere.
Top

HG Leo is confirmed for release in May at 1080 yen

Out of all the announcements from this year's Shizuoka Hobby Show, the announcement of a new brave series model kit line from Kotobukiya does put a smile on my face. They have done a few of them with their super-deformed model kit lineup but I am guessing this could be them making non-SD kits of braves kind of like the Super Robot Wars OG mechas. If they release Seven Changer they got my money.
SIXSHOT HAS NO GAME AGAINST SEVEN CHANGER
Top

Say, considering all the Advance of Zeta: The Flag of Titans gunpla Bandai's been making lately, do you think they'll move onto its sequels like The Traitor to Destiny?
Top

Mafty wrote: ↑Mon Jun 08, 2020 12:18 pm Is their any word on the Hathaway's Flash release? I Know the Penelope and Gustav Karl have been released, any word on the Xi and Messer?

wraith1701 wrote: ↑Mon Jan 09, 2023 12:31 pm I’m eager to secure an order for the recently revealed HG Aerial Rebuild version from Witch From Mercury. HLJ has a preorder listing for a “Witch From Mercury ‘Product-A’” with no image or description, other than it’s a HG kit. Does anyone know if this is code for the Aerial Rebuild?

Never mind ; my question has been answered. I went ahead and preordered “product-A” in the hopes that it might be the Aerial Rebuild. I went back to HLJ today and discovered that they had updated the listing last night to include the item’s actual name and promotional images. It IS the Rebuild version.

Return to “Modeling and Merchandise”

Jump to
Powered by phpBB™ • Design by PlanetStyles