The place to discuss anything relating to anime or manga.
Post Reply
29 posts

Did anybody catch this 'Heirs to Gundam' Panel that was live streamed in March?

if you manipulate the subs to 'Autotranslate' to English on the gear icon you can get some (mostly) accurate english subs to understand 'most' of what is being said..

but This is the promo panel for Gundam hathaway movie. its very well done. they really did a profesisonal presentation and are playing on the nostalgia of the old movie - CHar's counterattack and Hathaway is the 'continuation' of that story.

Its so very interesting because i'm a casual American gundam fan who prefers gundam 'dubbed' in English. and i collect the dvds/blu rays.

but i didn't realize that the Gundam is a brand in Japan that people take great pride in. i knew it was popular but i can see the happiness the passion of the fans (men and women).

then they inteview the director, writer and show that the animation is still in process. then the interview the music producer and the J-Pop band doing songs for the films.

and the J-Pop band members talk about how proud and thankful they are to be doing a song for Gundam.

i didn't realize how important Gundam is to the Japanese.

i love it because of the story, the characters and the robots/mobilt suits and the action..but its a casual interest.

their passion is similar to Transformers fans and Star Wars/Star Trek Fans almost.

the fans in Japan really idolize the Japanese Voice Actors for Amuro and Char. They're household names in Japan.

and its interesting who they bring out the voice actors for the new characters of Hathaway, Gigi and Kenneth Sleg

and the older VA's give the new Va's onstage advice and joke around abit about how their lives will be different now..its all very fascinating...this 'Hathaway' film is a big deal in Japan. i didn't realize.
Top

Today the official website posted what I already expected to happen.
Due to COVID-19 the release of the first movie is postponed.

I mean, it also happened to the new James Bond movie earlier this year.

Then Bandai also postponed Digimon Adventure: and Gundam Build Divers Re:RISE Second Season.
So this was the only logical outcome and decision.
My AniDB Profile
My AniDB Top 100's
Top

yep. i was expecting it. the lack of promo and trailers led me to think this. oh well..lets just wait.

For anybody interested in the final book summaries, apparently it clears up a lot of internet rumours?

Hey, got one question about the novel
Spoiler
Show
Where does the info of Bright opening up a resturaunt after the execution from? It's cited at all the wiki sites but does have a source.
Was it ever explained within the novel?
Top

WhoIsJFREE wrote: ↑
Fri Oct 23, 2020 11:49 am
Hey, got one question about the novel
Spoiler
Show
Where does the info of Bright opening up a resturaunt after the execution from? It's cited at all the wiki sites but does have a source.
Was it ever explained within the novel?

So, in the novel Bright mentions that he would like to open a restaurant once he retires but as far as the book is concerned, the last thing we see of Bright is him saying goodbye to Kenneth.
So we dont know what actually happens to him once he finds out about Hathaway and we dont know what happens once he actually retires

Whoever wrote the wiki article probably just assumed that Bright went ahead and opened the restaurant once he retired.
"I'm not as impatient as you, I can wait for humanity to learn and grow" - Amuro Ray.

We also have the third trailer and you can see it at Gundaminfo's youtube channel.
YOU'RE﻿ MESHI
DAMNYOUYAMATOTAKERUNOMIKOTOOOOOO!﻿
Top

We also have the third trailer and you can see it at Gundaminfo's youtube channel.

yep. just seen it. here it is


and i know this is a 'teaser' and its meant to show snippets but was anyone else 'underwhelmed' by that teaser???

honestly. in my opinion. the 'new' standard for Gundam animation is what we saw in Unicorn. so i know its still too early to make a judgement call. we gotta wait.

with Gundam Narrative, i feel they dropped the ball a bit. it was still VERY good, but a step down from Unicorn, especially considering it was a movie feature.

so i kinda am expecting them to step it up with Hathaway and take things to Unicorn level and beyond.

does anybody here live in Japan and will go to see it in theaters?
Top 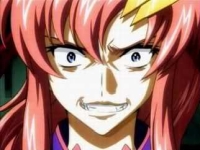