State of the Mecha Genre

The place to discuss anything relating to anime or manga.
Post Reply
28 posts

i am surprised actually at the many third party Transformers toys in the market. and speaking of them, there seems to be some sort of irony when it comes to the fans, some complain about the bayformers adding TOO much detail but when it comes to toys doing the same its find and dandy? like that Victory saber(was it that? not too sure really) and that Strike Gundam..dunno if it was the lightning Strike Pack.

and strike another blow to the peeps who say mecha is dead.

Seto Kaiba wrote: ↑
Fri Sep 25, 2020 12:55 pm
Half the reason it's so funny is because it's so often true... though to a certain extent it's those fans trying to justify having bought three or four copies of a given light novel, manga volume, etc. to collect all the different extras the book comes with that are exclusive to a particular chain retailer. Collectible bookmarks, art cards, and the various other little extras are a big draw for hardcore fans and puts a lot of stress on bookstore and other retail employees (since that stuff comes packaged separately and they have to pack them together themselves, usually by hand). It drives retailers insane, but it makes a LOT of money for the IP owners... money they need, because of those razor-thin margins they have to operate under.

Facepalm. This gentleman in the 18th century:
https://en.wikipedia.org/wiki/Richard_Heber
"No gentleman," he remarked, "can be without three copies of a book, one for show, one for use, and one for borrowers."
I saw this on a Japanese tweet, of course relating him to an otaku, with the screen capture of the Japanese wikipedia page. Thought that it was probably vandalised. Went to the English page and the same sentence(in English, copied above) was there. Still don't believe it, Googled it, and saw a bunch of 2019 and 2020 pages that quotes the same sentence, but since the paragraph structure look suspiciously like the wikipedia page, where the quote was already there from the very first entry in 2003, suspected them to be just copying from Wikipedia without doing their own research.
Then I got this result from a 2014 book that seems to have a referece(not shown in the google book preview):
https://books.google.com.hk/books?id=5s ... 22&f=false
And a 2011 page:
http://www.coldspur.com/commonplace/commonplace-2011/
which said the quote is from a 1944 book: https://www.amazon.com/dp/B001KAID4E
Top

Henyo wrote: ↑
Mon Nov 02, 2020 5:24 am
i am surprised actually at the many third party Transformers toys in the market. and speaking of them, there seems to be some sort of irony when it comes to the fans, some complain about the bayformers adding TOO much detail but when it comes to toys doing the same its find and dandy? like that Victory saber(was it that? not too sure really) and that Strike Gundam..dunno if it was the lightning Strike Pack.

For a lot of people, the issue w/ the excessive detail on Bayformers comes from how poorly it translates to motion & the big screen; it all just becomes a collection of smears & blurs which Bay's directorial style only just exacerbates. With toys, they just sit there & can be appreciated at your own leisure.

Anyways, we're also getting Back Arrow, a new series to be helmed by Goro Taniguchi for 2021. Some Tekkaman vibes in the designs there.

Sorry, can't resist this:
Erica Hartmann is also a leading expert in Biological designs and how not to sterilize your dust.
https://news.northwestern.edu/stories/2 ... your-dust/

It does actually seem that we're going to be getting some more mecha shows next year...(at least according to something MAHQ retweeted last week)

(note not all of these will be released globally)
- Hathway's Flash (Finally)
-The Macross Delta movie
- The final Eva movie
- Euerka Seven movie 3
- Dynazenon
-Getter Robo
- A Muv-Luv sequel
- A Godzilla Mecha anime
- Pacific Rim: The Black
- also the pseudo- mecha Light Novel 86 is apparenttly supposed to be getting an adaptation sometime
Top

I believe there is a huge decline in mecha anime compared to the 90s and 80s but I am pretty sure the mecha genre will never die. As a huge real robot fan this really sucks but there is really nothing we can do. It is all up to Japanese fans. They dictate what sunrise makes. I feel like Japan has really started to distance themselves from violent anime or just anime that has more serious stories about war and this is what Gundam is all about. Sunrise is going hard with the Gundpla Builders series and it seems that is giving them more money than the standard AU Gundam series that we would get every year or even the UC OVAs/movies.

but it is not bad, imagine all the people that liked the really violent anime we would get released in America in the 90s. none of that stuff is really made today. those people got nothing .
YOU'RE﻿ MESHI
DAMNYOUYAMATOTAKERUNOMIKOTOOOOOO!﻿
Top

tHeWasTeDYouTh wrote: ↑
Fri Nov 13, 2020 12:56 am
I feel like Japan has really started to distance themselves from violent anime or just anime that has more serious stories about war

I feel the opposite. With the rise of late-night anime, there has been a lot more shows which don't shy away from violent and disturbing content. In fact, some of them were bestsellers (Madoka Magica and its many clones, Psycho Pass, Attack on Titan etc.).
Top 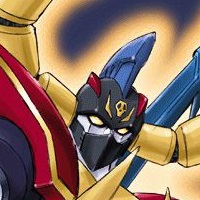 Hoo boy... I have no idea what to think about it. On one hand, there's less mecha, but on the other, there's more NSFW-lite shows. But I kinda see what's the deal: Remember that the first mecha works were made shortly after WW2 to show that such wars are bad. Nowadays, the world in general is more troubled with terrorism, which may have influenced the present-day anime industry. In general, there have been so many bad things going on lately that anime is getting more escapist to compensate.
Top

2021 guys! and Back Arrow turned out to be an actual emcha show instead of powered armor..though thats more on me for now watching any trailers and reading articles. and the combination of Chinese and Cowboy aesthetic is kinda refreshing, Sugita in the cast is a plus..but the main dude being voiced by Kaji Yuuki is a meh on me. oh well, probably gonna rewatch this if it gets a dub.
MOOK: ITS A YURI FANBOY!
Top
Post Reply
28 posts