What other anime interests you besides gundam?

The place to discuss anything relating to anime or manga.
Post Reply
18 posts • Page 1 of 1

What other anime interests you besides gundam?

I'm a Gundam lover just like all of you. i love the characters, the mecha, the storylines. it's just all great stuff.

All genres, or just mecha?

for example. i tend to like war-mecha animes or action-comedies.
Top

I love Mecha (Gundam particularly), but i'm also interested in trying pretty much anything with a piloted Mecha in it.That or or Space/ Space Opera (like LOGH or Cowboy Bebop )series in general.

Aside from that anything with alot of Superhero/Sentai style anime action in it (Guyver,Fate/ series,Index/Railgun, DBZ, Tiger and Bunny, AICO Incarnation, Mai-Hime , Etc).
Top

for example. i tend to like war-mecha animes or action-comedies.

OK then... that broadens our options a bit. My tastes are pretty diverse, and I'll give almost any series a try if the creators can tell a compelling story.

Macross is my all-time #1 in the mecha genre. It's credited as a major influence on Gundam's sequels (esp. Zeta), but IMO despite its thematic similarities to Gundam it's a lot easier to watch and enjoy as its worldview is fundamentally much more optimistic. Its emphasis on music as a form of communication is also a vehicle for a lot of REALLY good jpop and rock music.

Full Metal Panic!'s a good one, though it got hit with Cerberus Syndrome real hard in the light novel and the recently-produced sequels to the first anime series. It goes from light comedy and a little mecha action to being very very grim and dark and depressing VERY fast.

Code Geass: Lelouch of the Rebellion's an excellent one... though like its contemporary Gundam 00 it kinda stumbled in its second season and had a rather unsatisfying ending. Good fast-paced mecha action heavily garnished with political intrigue and lots of character drama.

Five Star Stories is another personal favorite. They only animated the first story arc into a movie, but the manga is a gem by one of the mecha genre's greats. Very beautiful and ornate mecha design, and a very complex anachronic-order space opera story.

Terrestrial Defense Enterprise Dai-Guard is an old favorite as well. It's a send-up of super robot anime that could be called an affectionate parody compelling enough that you almost don't notice it's a parody half the time, about the worst's crappiest super robot being rolled out to fight giant monsters under the stewardship of a private security-slash-disaster insurance company's public relations division.

Outside of the mecha genre I'm rather partial to romance comedies, slice of life stuff, and the occasional fantasy series. There are a few isekai stories I can tolerate, but IMO most of them are just hot garbage.

Romance comedy-type shows I'd recommend would include Actually, I am..., Kaguya Wants to be Confessed to: the Geniuses War of Love and Brains (localized as Kaguya-sama: Love and War), Tenchi Muyou!'s OVAs, Ouran High School Host Club, and I'm currently following one called Reincarnated into an Otome Game as a Villainess With Only Destruction Flags. Kaguya is definitely a favorite, as is Ouran.

Slice-of-life type shows I'd recommend would include Skull-face Bookseller Honda-san, Interviews with Monster Girls, Blend S, and Silver Spoon. That last one is by the same author who created Fullmetal Alchemist, and draws heavily on her experiences growing up on a farm, so it's both educational and highly entertaining. Turnabout Trial (localized as Ace Attorney) is pretty good, and a fairly faithful adaptation of the games (and hammy as all get-out as a consequence).

For action type shows, I've been introducing several of my interested coworkers to Jojo's Bizarre Adventure via weekly watch parties on Discord. It's long, but it's an incredibly influential series that rightly deserves to put the word "bizarre" into its title. My Hero Academia is also surprisingly compelling. If you can get past all of the fanservice, Shokugeki no Soma is rather good too, being a cooking show that borrows all the over-the-top shonen anime plot beats and tropes. Sengoku Basara's a personal favorite of mine for how totally ham it is, though it requires a fair bit of knowledge about Japan's Sengoku period to know who all these people are and why we should care. Samurai Gun is an interesting if somewhat low-quality historical anachronism action series as well. Ghost in the Shell is practically an obligatory mention here, of course. Lupin III is another of these that's practically obligatory to mention, and it straddles the line between action and comedy. Hellsing Ultimate is quite good as well. Gensomaden Saiyuki is also good, though very heavily focused on the character drama more than the action a lot of the time.

Unfortunately, a lot of recent fantasy anime is isekai and most of that is trash. The good bits include adaptations of several light novels like Overlord, The Rising of the Shield Hero, God's Blessing on this Wonderful World, and The Military Records of a Little Girl AKA The Saga of Tanya the Evil. Older fantasy anime staples I'd recommend include Record of Lodoss War, Slayers, Sorcerer Hunters, Magical Soldier Louie (localized as Rune Soldier, which is set in the same world as Record of Lodoss War but is very heavily comedic instead of dead serious).
The Macross Mecha Manual
Yes, we're working on updates...
Top

interesting comments. for me. its either got to be Mecha-War drama or Action-Comedies. oh and I need my anime dubbed in English. Japanese w/ Subs are just too hard on my ears.

The English dub for this mini-series is a thing of legend. the one time where a early 90s dubbing team actually improve the show with the outrageous profanity laced dialogue

I'm sorry but feminine anime's (ie Sailor Moon) don't appeal to me and the kid-oriented anime are a turn off. (i.e. Pokemon and its many copy-cats)

I'm a guy so I need something that appeals to my masculine tastes.

I would like Macross if it was all dubbed consistently. the dub made by ADVfilms back in 2005 was just not good and the confusion w/ robotech and the fact that the cooler looking Macross shows aren't dubbed make me dis-interested in it.

but I did not know that Macross had an influence on the .creators of Zeta Gundam.

i like Dragonball but its just too long of a series. too many episodes and the quality of the dubbing by Funimation is not consistent throughout the series due to the way it was released. if funimation went back. and redubbed dbz with the narrator from DB/DBZ kai and redubbed the freiza saga, android/cell, tournament sagas. and redubbed the tv specials and released the old series with the original soundtrack and the original opening/ending themes in English. i would be into it. but its just so long of a series that it's hard to digest.

but I just need a cool action-adventure premise and then I'm in.

for example. i think that the Marvel X-Men anime was pretty cool and well done. too bad it was a mini series with only one season.
Top

I'm interested in Black Clover.
There's a lot of heart and soul in that show's characters.
"To you who will watch, I offer a heart filled with gratitude." -Yoshiyuki Tomino, Gundam Reconguista in G, Episode 25
Top 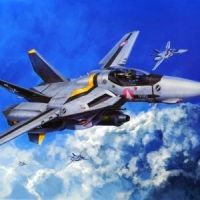 I didn't expect to see people bold enough to mention Taimanin series here. *salute*
My girlfriend was a loli.
Top

Not that one... the one with shades of gay romance:
https://en.wikipedia.org/wiki/Yukikaze_(anime)
The Macross Mecha Manual
Yes, we're working on updates...
Top

Huh... i did not knew there is other anime named like that. i meant this one yes, with plane.
Gay romance ... (scratches head), i guess it kinda flew past me, did not noticed.
Top

i watched pretty much all genres of animes. and yes that includes BL and Hentai(Kuroinu is one of the best animated H i have ever seen.)

outside of the Mecha genre, i focus on Magical Girls. especially the PreCure franchise. been actually trying to write a multi series crossover fanfic for some time now.

i will mention that i avoid those overhyped animes. i will watch them when they hype train is over. and in the case of Ghiblis movies, only because i had nothing better to do(to date, i only watched Ponyo, princess mononoke, spritied away and Lupin Castle of Caglistrio) and most of the times in dubbed form.

recently i just watched A Silent voice, Weathering with you, Your name and millennium actress. didn't wow/made me tear up that much.

also got a bit tired of sports shonen thanks to DAYS and Yowamush Pedal. i did enjoy Mix Meisei story though.
MOOK: ITS A YURI FANBOY!
Top

Well, if you don't mind short and (mostly) surreal humor, then I suggest Holo Grafiti. That's how I finally got stuck in VTuber hell after all.
My girlfriend was a loli.
Top

I'm into alot of stuff but for the most part it tends to be horror, gay stuff, old stuff (80s and before), cyberpunk, and more artsy-fartsy stuff. Some of my fav mangaka include Suehiro Maruo (even though his stuff is...uh...iffy), Umezzo Kazuo, and Katsuhiro Otomo.

In terms of specific anime/manga though...
Anime: Akira, Serial Experiments Lain, Nausicaa, Area 88...
Manga: Akira (surprise. manga is way better btw but both are fantastic), Stop Hibari-kun, Berserk, Fourteen, Homunculus...i could go on and on...
Top 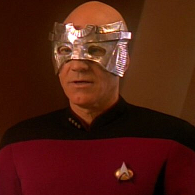 Got into Full Metal Panic not long ago. Really fun franchise and its season 2 is Kyoani's first work.
Top
Post Reply
18 posts • Page 1 of 1